History
Set on a 3.9 Hectare (10 acre) plot of land in the Schwarzwald, this abandoned klinik now lies in ruins and awaits demolition. Built between 1912-14, it served as a covalenscent home for employees of the Breuninger textiles company until 1953, where it was bought by German insurance and pensions group LVA as a sanatorium for patients with lung problems. Closed in 1998 along with a lot of other health kliniks in the Black forest, the estate was bought by the local community, who have been looking for a buyer ever since (there were rumours that the Church of Scientology may even take over the site), with a minimum offer price of 120000€. After celebrating the centenary of the building in 2014, the local gemeinde (council) approved demolition works on the site, with the outer buildings demolished in January 2015. The main building will also be demolished sometime in the future.
The explore
Having parked the car, we walked passed a 35meter observation tower at the edge of the forest, filled with families overlooking the vacant sanatorium. We walked through the forest for a few hundred metres further before arriving at the main building. Access was simple, largely due to the local teenage population having smashed anything made of glass, and so we made our way around. The building was stripped of anything of character or value, with the upper three floors of empty rooms left derelict and devoid of any hint as to what may have been there before. The bottom level held the kitchens and health spa, which still retained enough features to make the explore interesting. 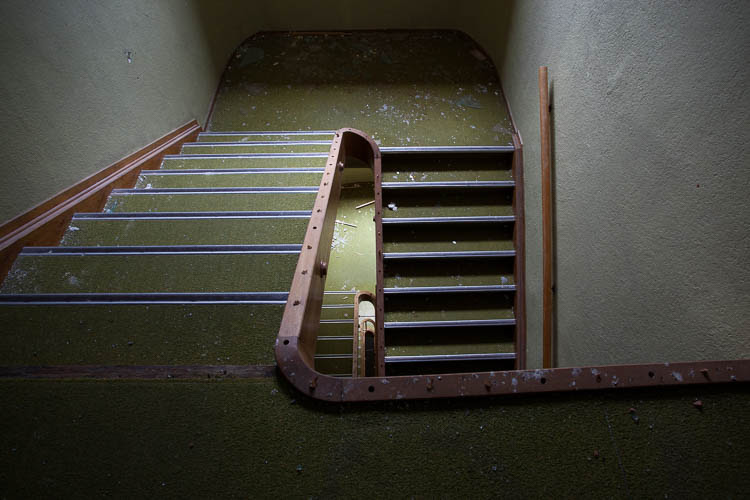 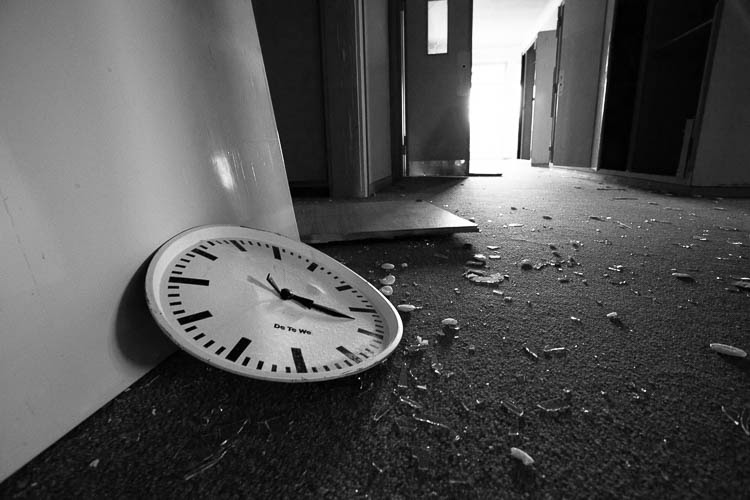 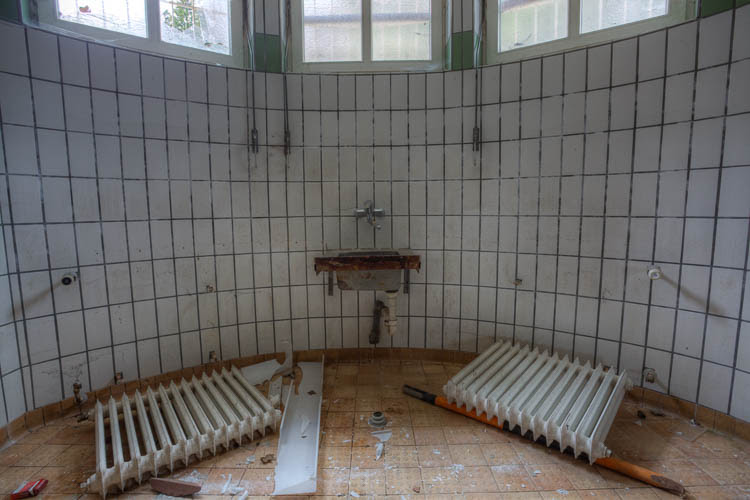 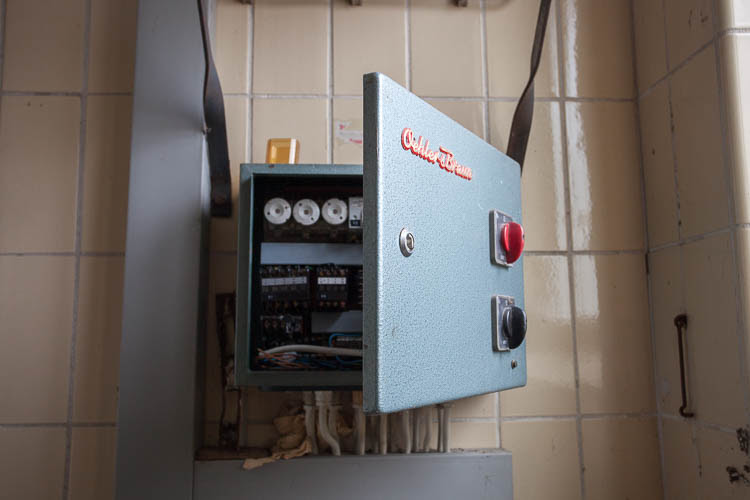 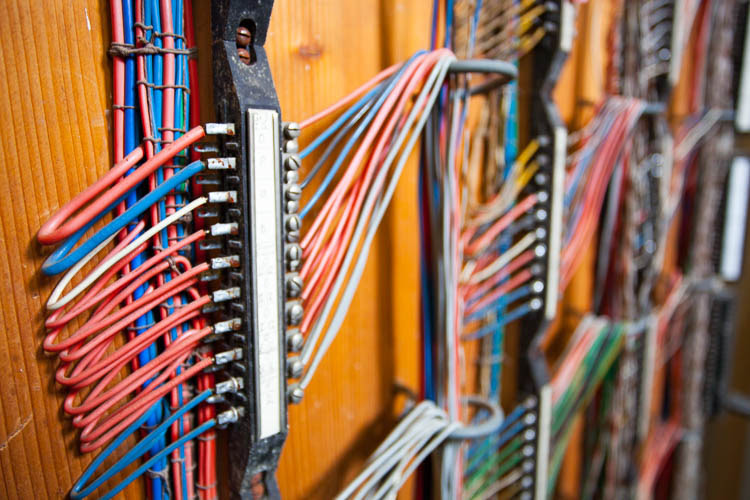 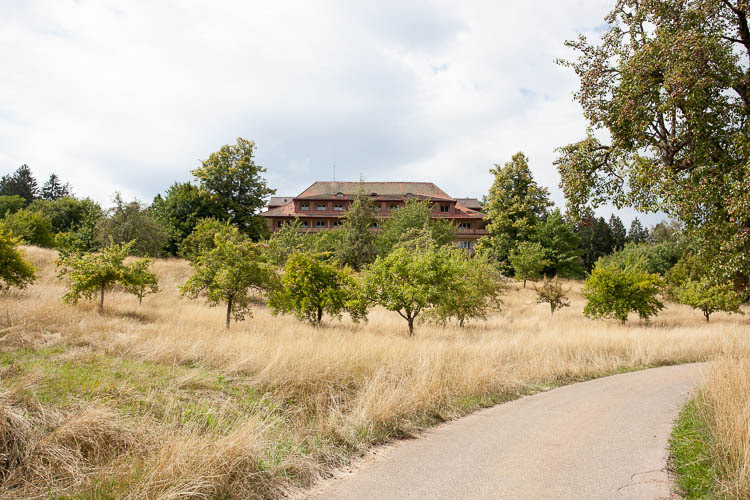