In 1962, a fire broke out in a coal mine located under the town of Centralia, Pennsylvania. The cause of the fire is speculative and has never been established; what is known is that the fire is still burning today.

Around 1979, local residents became aware of the problem when sinkholes began opening up and the temperature of the ground was measured to be around 80ºC in places. In 1984, US congress allocated funds to move the residents to nearby communities, though a few decided to stay. In 1992, the Pennsylvania governor declared all the buildings in Centralia condemned and in 2009, formal eviction was forced on the remaining residents. In 2013, the remaining residents won a legal battle to stay in the homes in Centralia, meaning that Centralia has the lowest population density in Pennsylvania, with only 10 residents remaining at a density of 42 people per square mile.

The highway is former PA Route 61 was closed in 1993, with the former detour now becoming the main route. The former highway is buckled in places, where steam and smoke escapes from time to time.

I was in the US for a business trip and had a lengthy drive from Newark, New Jersey to Ithaca, New York, a 5 hour drive that demanded several breaks, ideally doing some urbexing. With a list, I visited several places, all of which didn’t work out:

In between all that was Centralia. While the internet description sounded interesting, I wasn’t prepared for what was there. Absolutely nothing. As it turns out, as soon as a family moves out or dies out, the house is demolished to prevent someone else moving in. Lots of overgrown empty streets remain which is a little disappointing.

The highway itself is an open attraction, so lots of randoms wander down the abandoned highway, some locals race up and down on dirt bikes using the ripples in the road as ad hoc jumps. Graffiti covers most of the surface, and it seems American youths have the same desire to draw penises as those in Europe. Maybe next time in the US, I ‘ll do a bit more research, or not have a sudden trip laid on me with a few weeks notice. 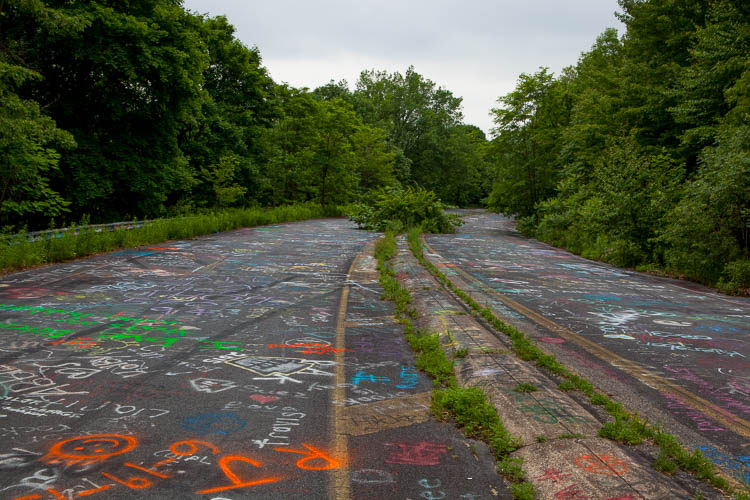 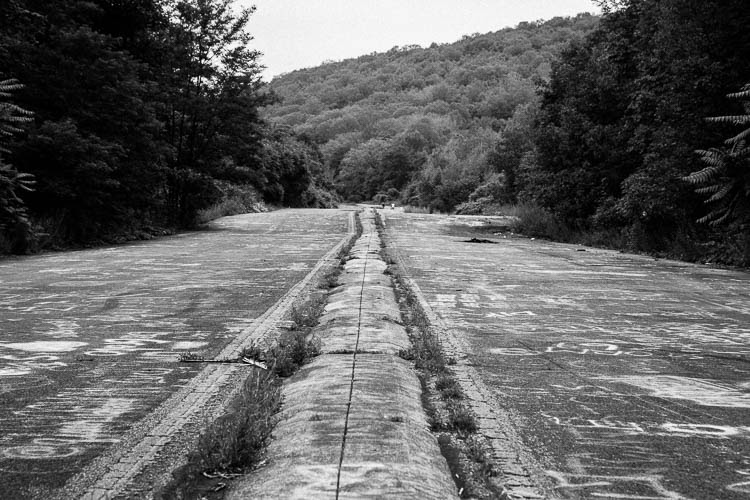 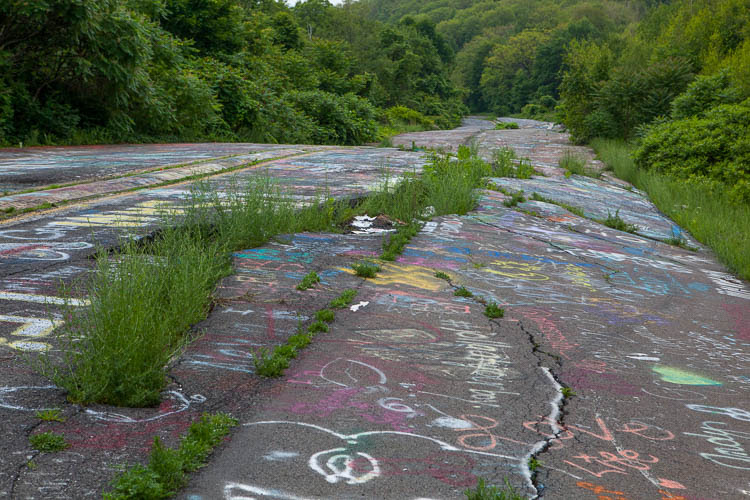 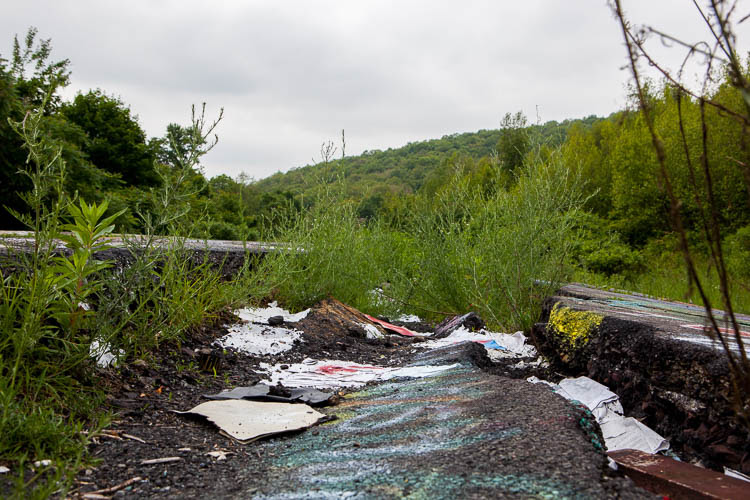 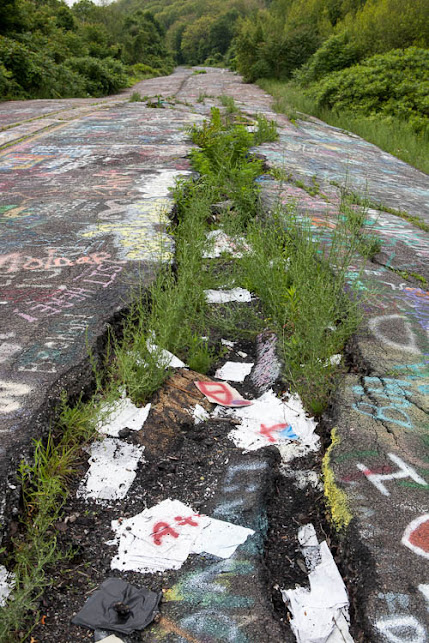 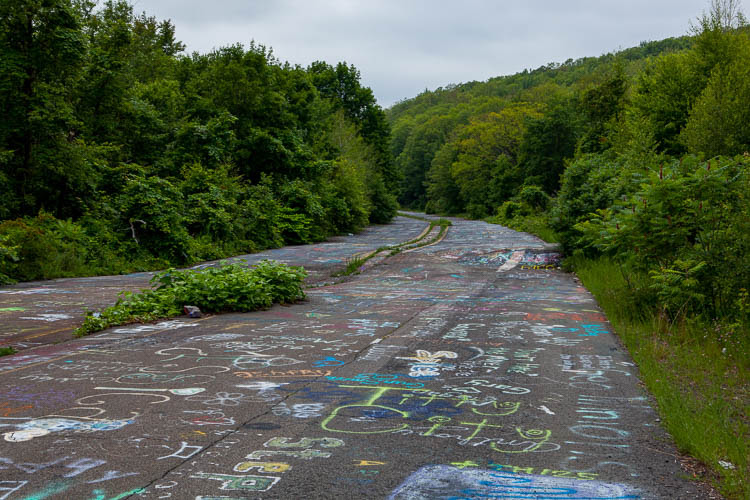 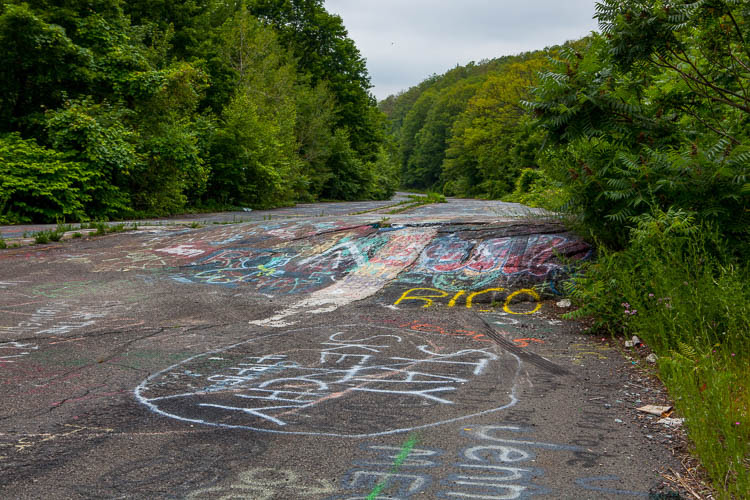 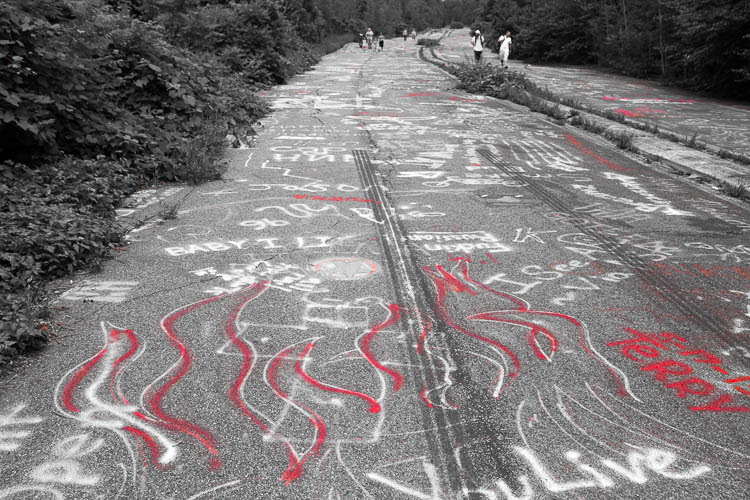 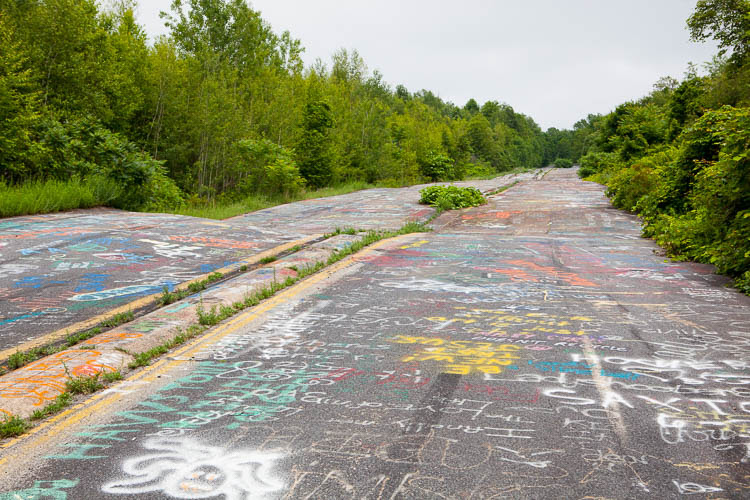 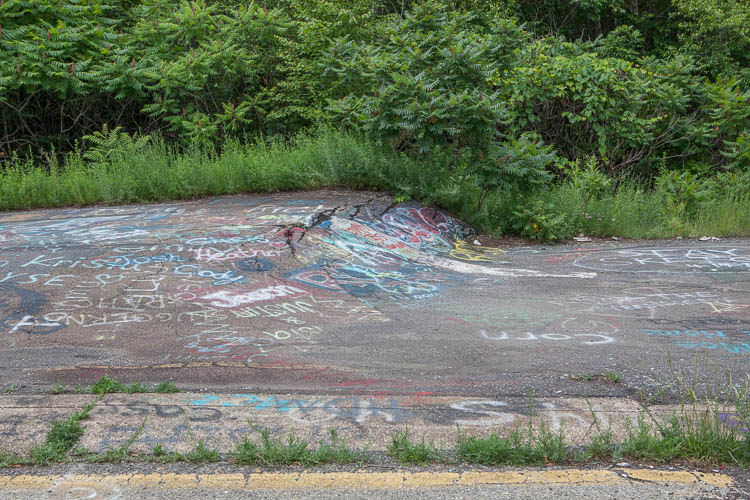 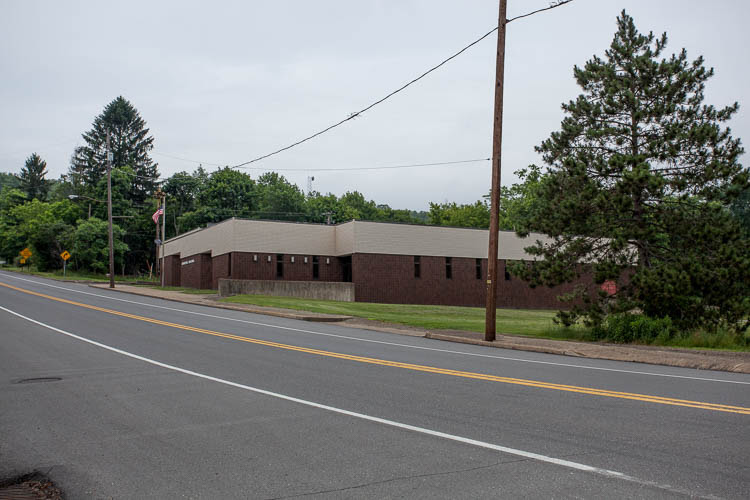 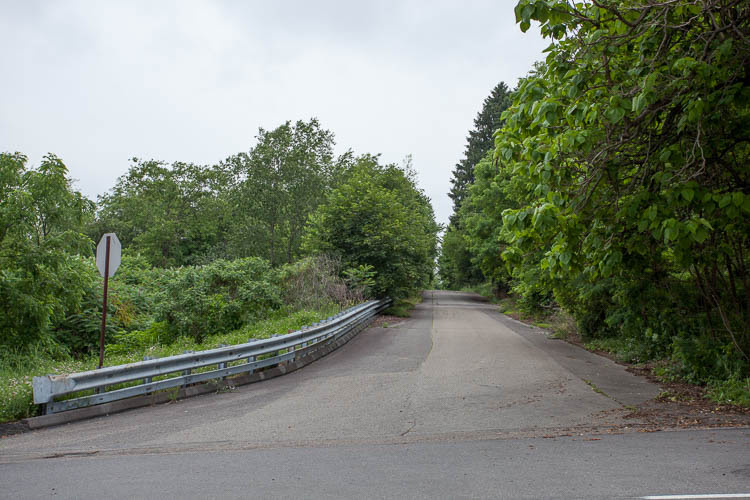 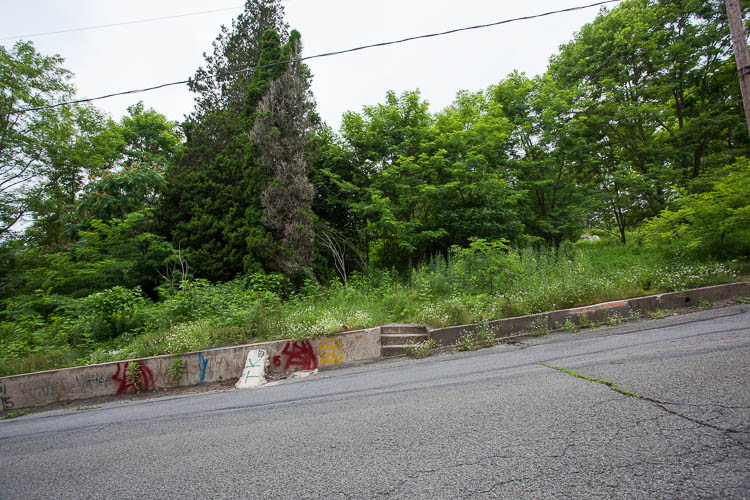