I read that the site was due for demolition to start in 2015, so I thought a quick visit was in order.

Built in 1951, the power plant of Esch-sur-Alzette produced electricity from blast furnace gas. The site was owned by Arbed. It worked until the day after the final closure of the last blast furnace in Belval (29 August 1997). He has since abandoned. Today it belongs to ArcelorMittal which decides its future. After months or years of discussions, the old industrial building came into demolition phase in April 25.

Conversion projects were mentioned but were deemed too expensive. It is now too late to turn back.

The demolition work is expected to continue over 18 months. Also 8000 tons of steel scrap to be progressively removed from the site and should be reused and transformed in electric furnaces of ArcelorMittal.

Saw a group of 3 other explorers wearing comedy masks and photographing on iPads at the other side of the site, but I think I scared the crap out of them by sneaking around and making noise as they disappeared pretty quickly 🙂 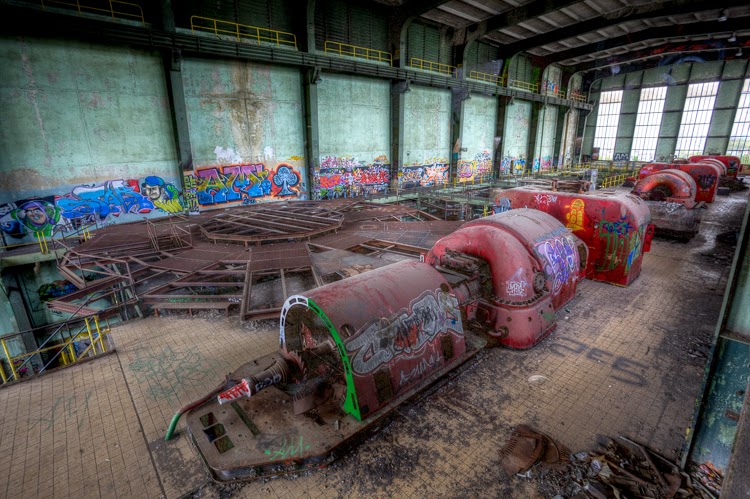