Built in the 1970s, the disco was the place to be for all your music and clubbing needs. The 70s was disco, 80s had the best time to dance and listen to music – often the entry queue was longer than an hour to get in. In the entrance, there was the logo of the emerald, which marked this place. Already in 1993 the club began its decline, presumably caused by the opening of another disco in the nearby Lido, the Casbah. In 1994 the Topkapi changed its name to Event. Later in ’98 -’99 for a single season it became “Contraevento”. In the 2000s, in the last stage of its existence it took the name of “New Topkapi”. The golden years were past and the emerald in the center of the hall had been replaced by a starfish.  The discoteca has been closed since 2000.

Family holiday to Italy and a negotiated afternoon off from parental responsibilities meant a mad dash around eastern Italy to see a few sites while I could. Arriving on site, entrance was easy but the site was comprehensively trashed. After almost 20 years in the sun, most the internals had been graffed and looted with only some rather hideous 1960s orange chairs remaining 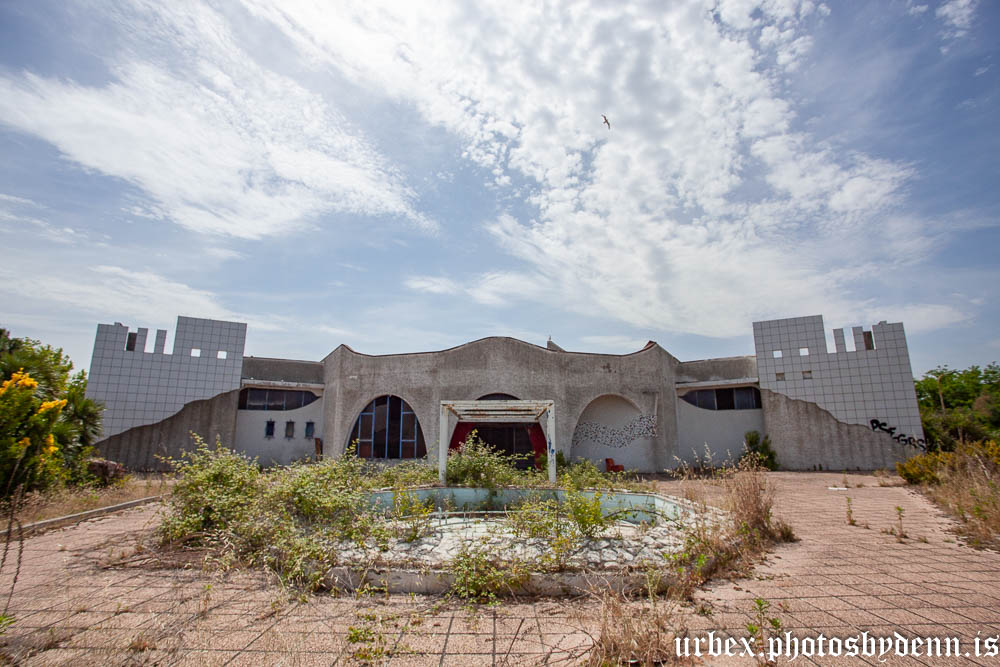 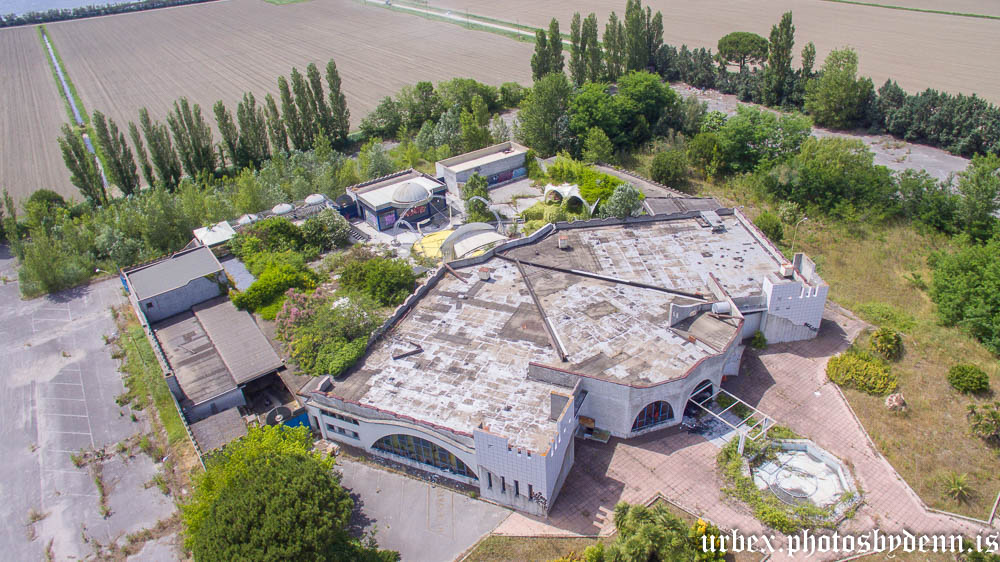 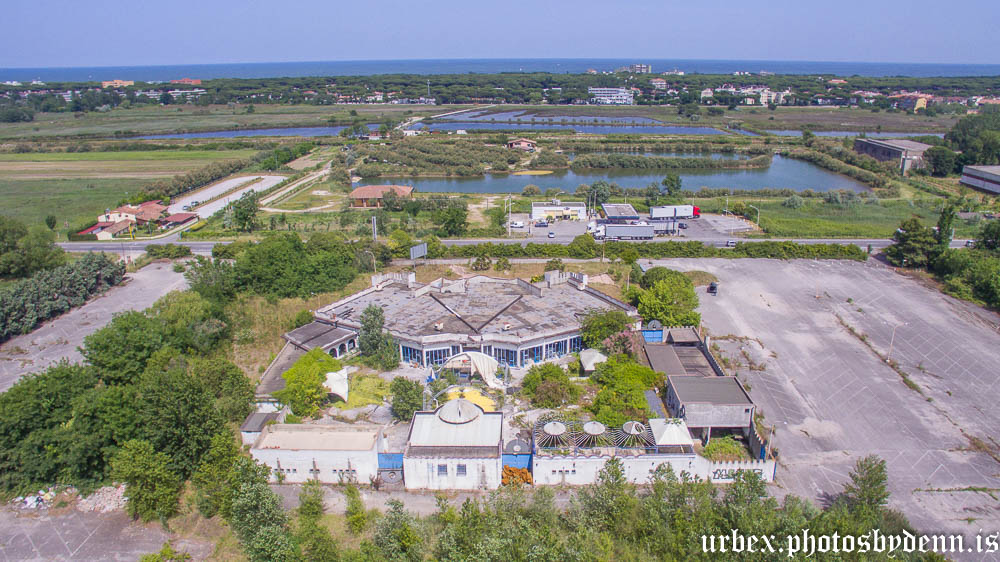 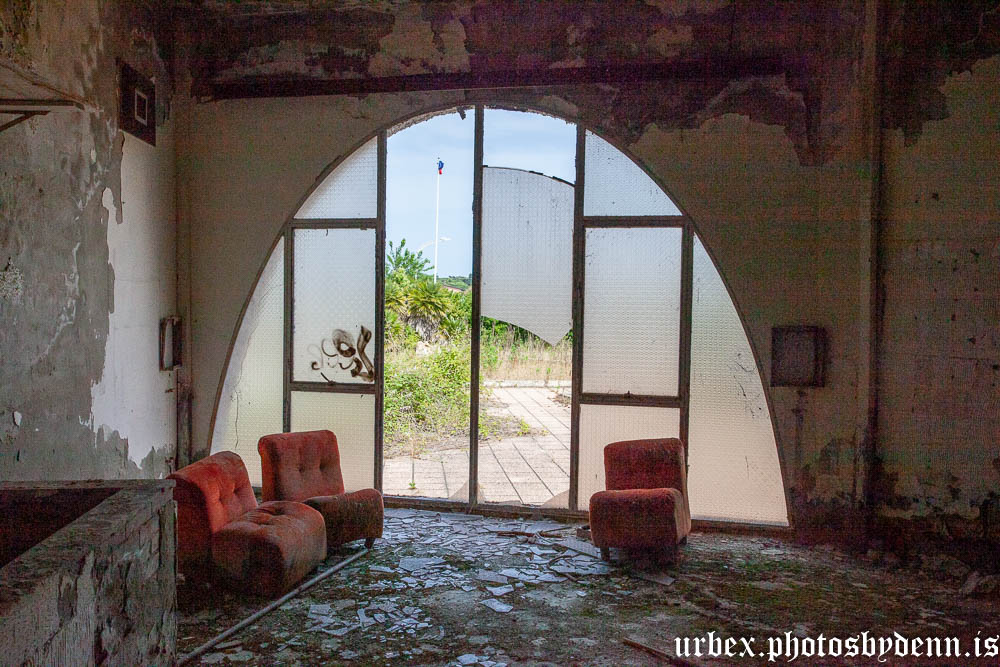 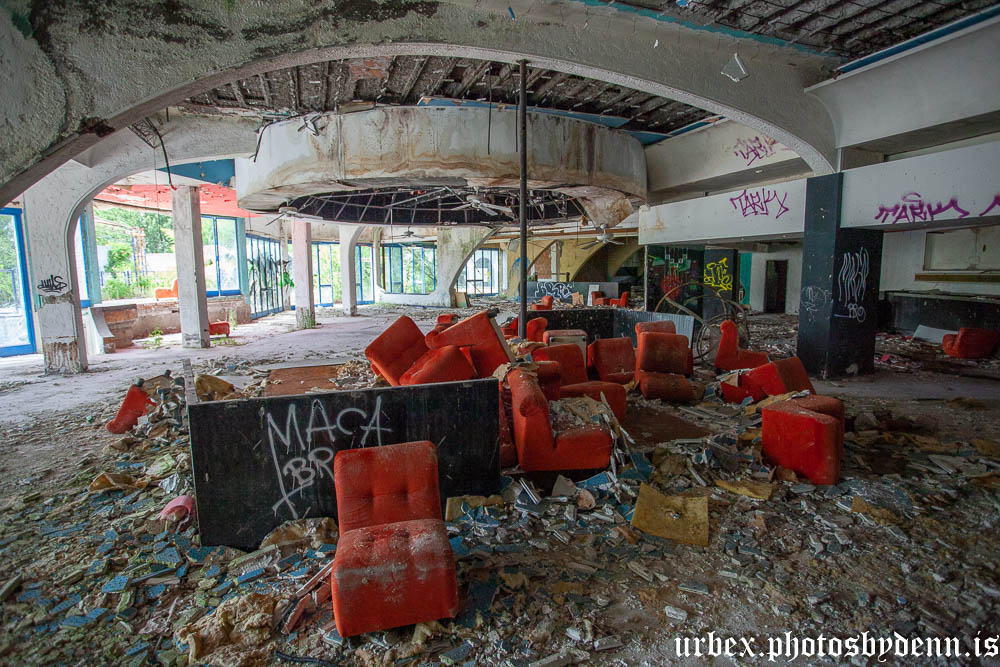 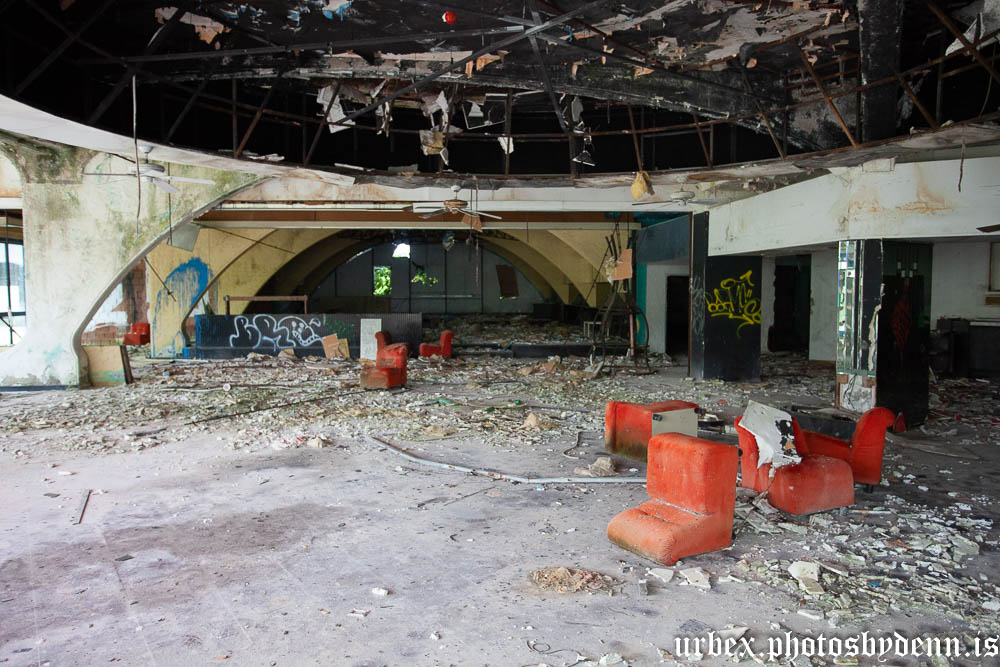 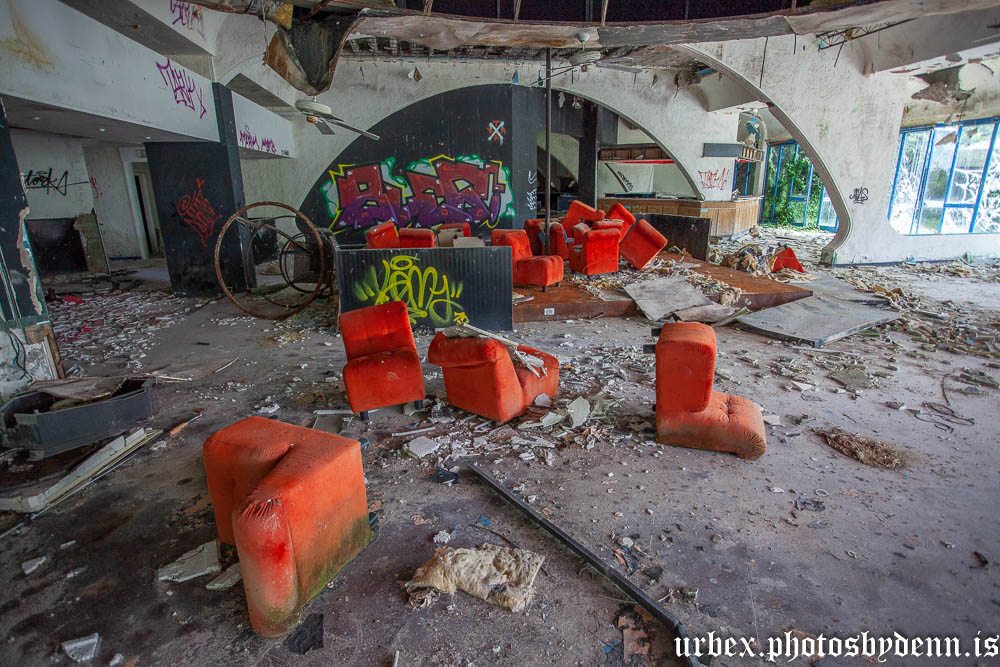 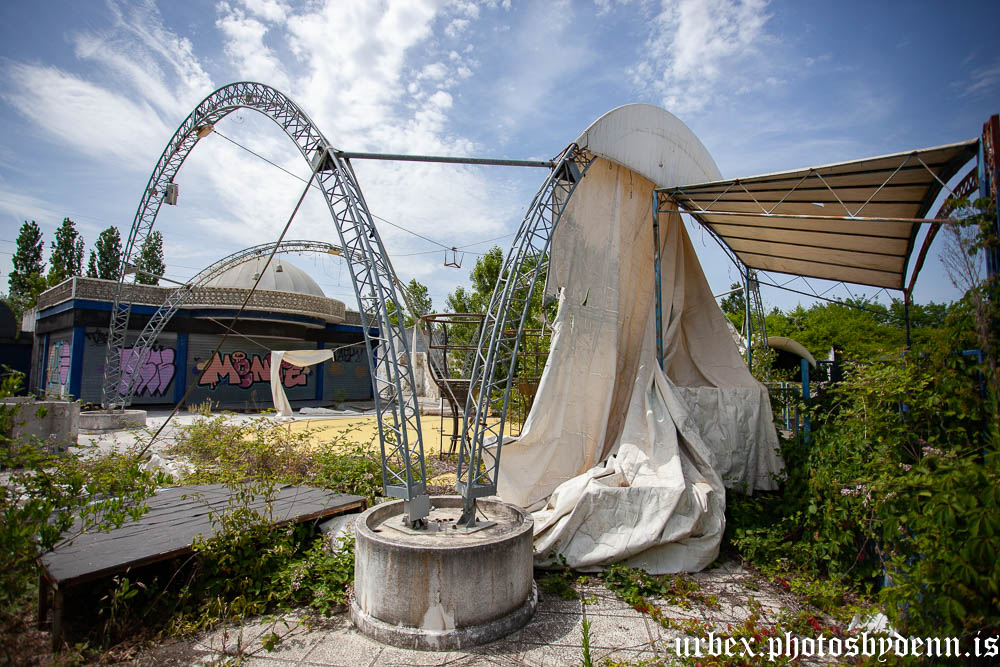 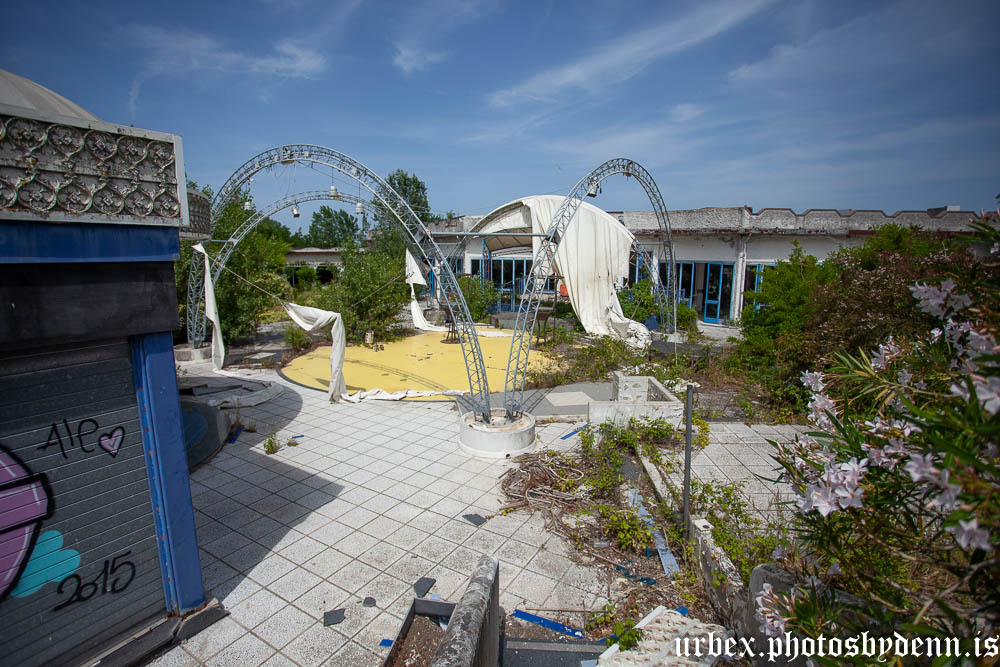 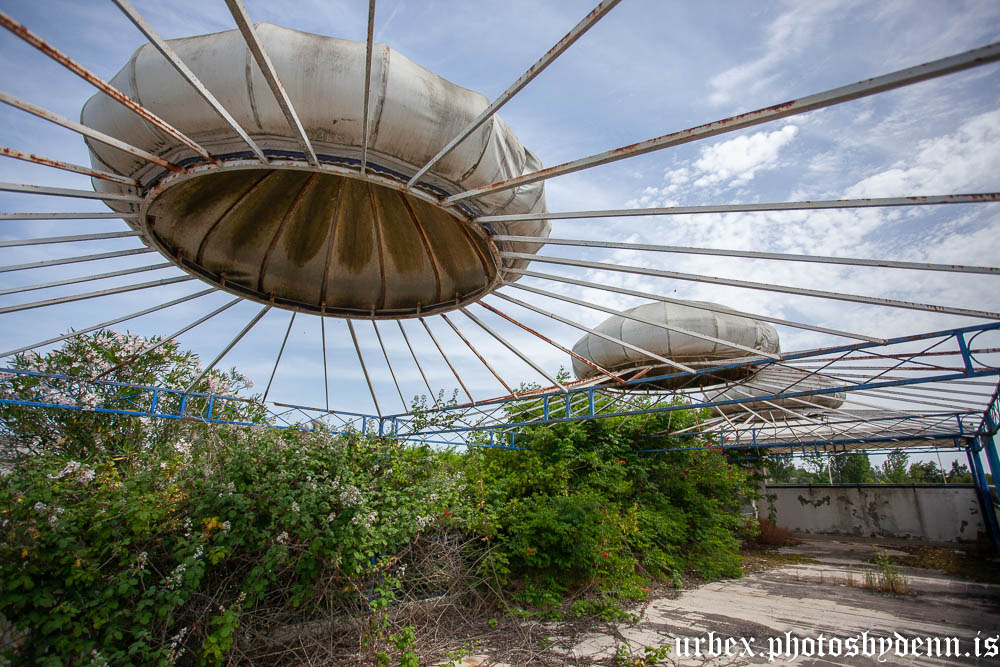 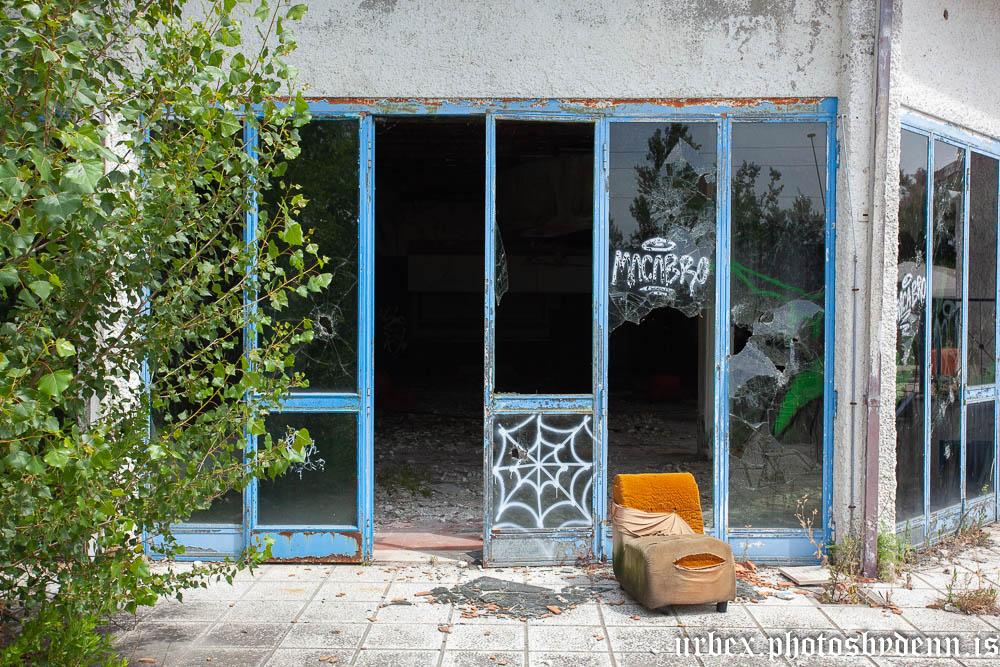 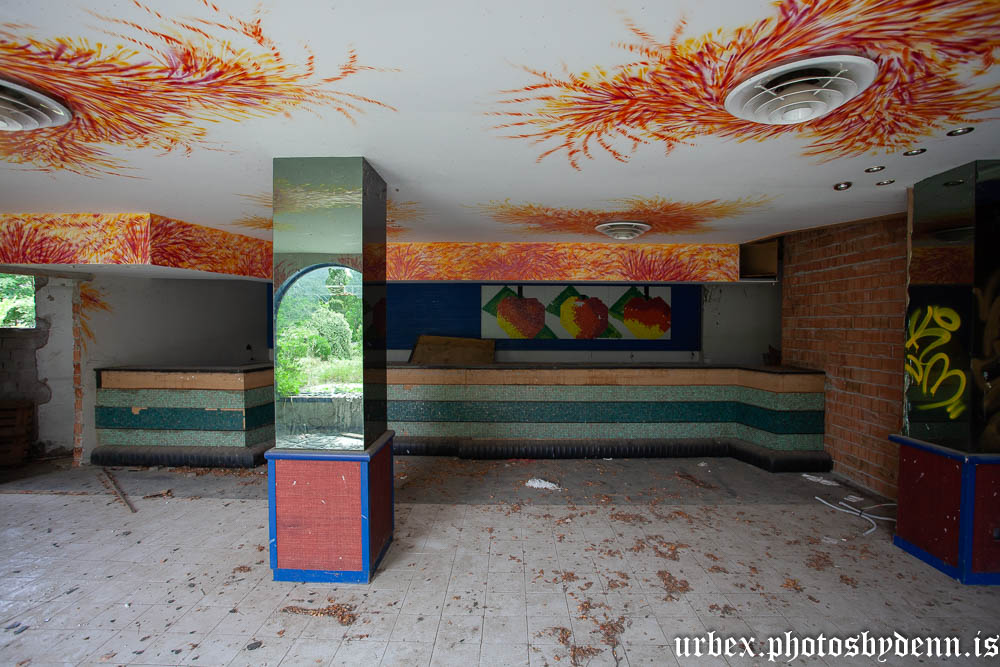