History
The factory began in 1713, with a secondary site opened in 1862 near by. In 1961, the two plants were purchased by a large French stationary manufacturer, who combined the two paper mills in January 1986. At the time, both sites occupied an area of ​​25 hectares, including 38,000 m² covered. Below is a postcard from the 1930s(?) showing the site.

Due to poor sales and the global financial crisis, the paper mill was closed in 2008 when the original owners were liquidated. The mill, until that time was manufacturing stationery and specialised in the recycling of paper.

In 2009, the plant was taken over by a former chief executive of the former company with the backing of local investors and restarted manufacture of recycled paper, but focusing more on the production of newspaper instead of stationary. However, poor sales meant that the new company went bankrupt in 2011 and all production ceased. It has been abandoned since.

Latest news from 2012 was that the plant is to be redeveloped into a business park but €2m need to be paid to the creditors first so for now the site is at a stalemate.

To start with, from google maps I noticed that there was a water treatment plant that wasn’t covered in the previous reports so I thought I’d check it out. The steel work was nice and stable and it was quite fun poking around – I’m an engineer so all this stuff reminded me of countless field trips at Uni. Nothing was left of the control plant, that I could find at least. May go back another time as I didn’t spend a lot of time here. 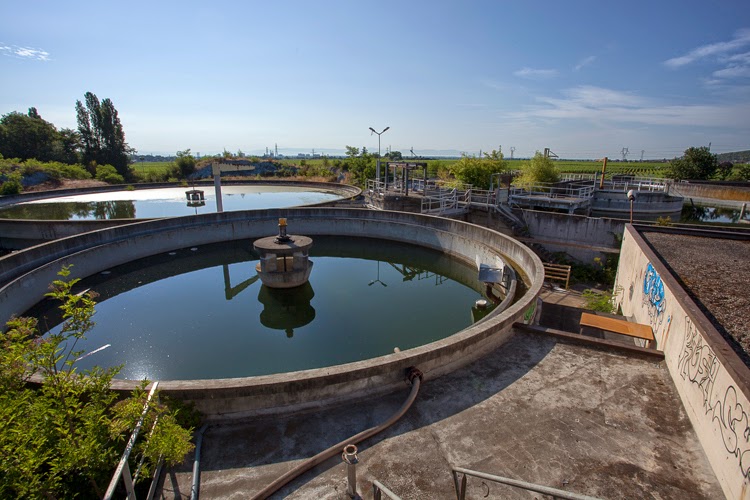 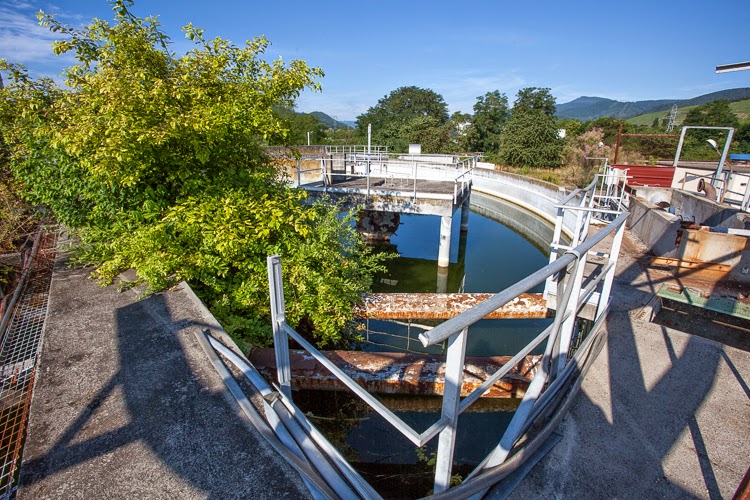 Next up was a loading bay. The photos from the 2011 post showed this relatively intact but today, it had been comprehensively trashed. Anything of value seemed to have been nicked and random piles of paper and other detritis just dumped everywhere. 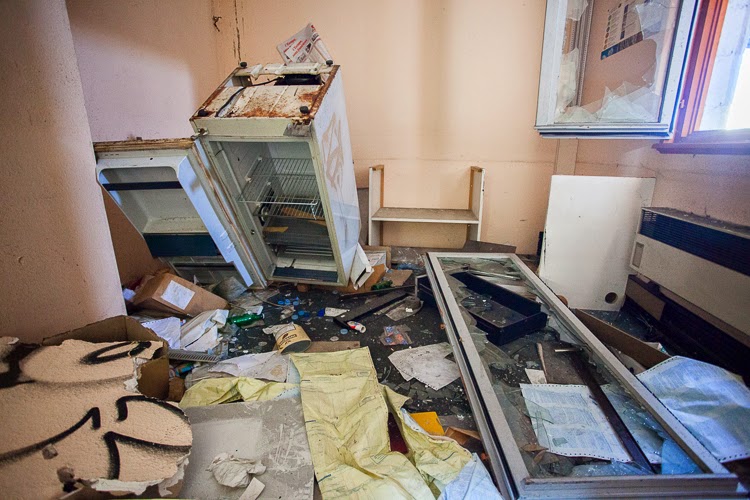 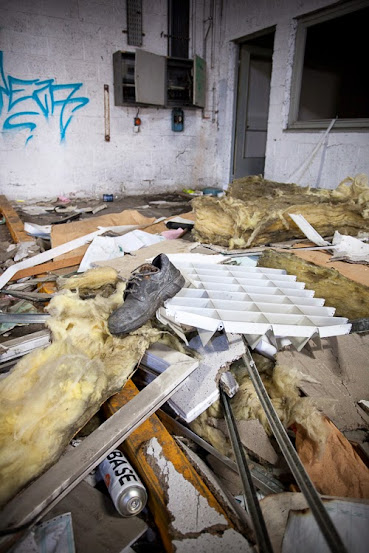 Leaving here, I made a beeline for the next building but stopped when I saw a French guy standing at the opposite side of the building, coiling up electrical cable, both of us looking a bit surprised to see each other. I muttered a “Bonjour” and scarpered off to the main complex. I spent probably a good 90 minutes here and I think I saw most of it. The place is a maze, so I could have missed a few things.

I started off in what I assume were storage areas for the finished paper goods as there wasn’t much here but empty warehouse. 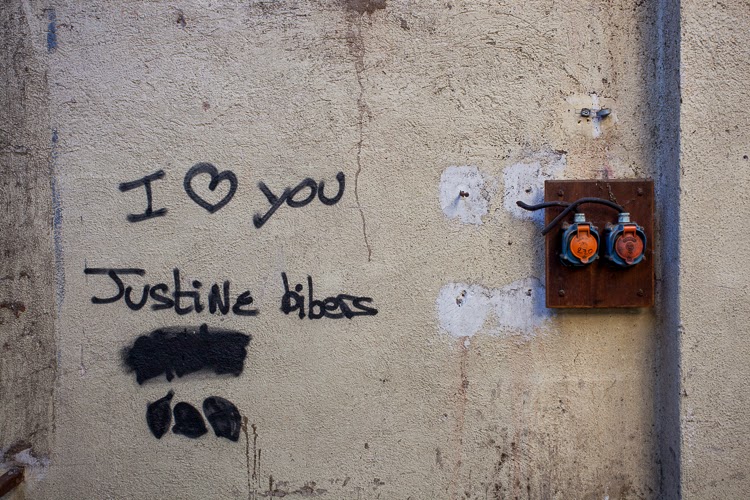 Heading south, I headed into the main processing area. There wasn’t a lot shown from the previous report and this part hadn’t really changed. Heading west, I ended up in some trashed changing rooms that overlooked the nearby vineyards and a few rooms with empty liquids tanks. And a lot of empty space.

Heading north into the older parts, the fun bits were in the roof. A couple of old milling stones and random old bits of machinery that I guess were too difficult to remove were the highlight. Access to the roof was straight forward, if a little tight. Might need to cut down on the pies. 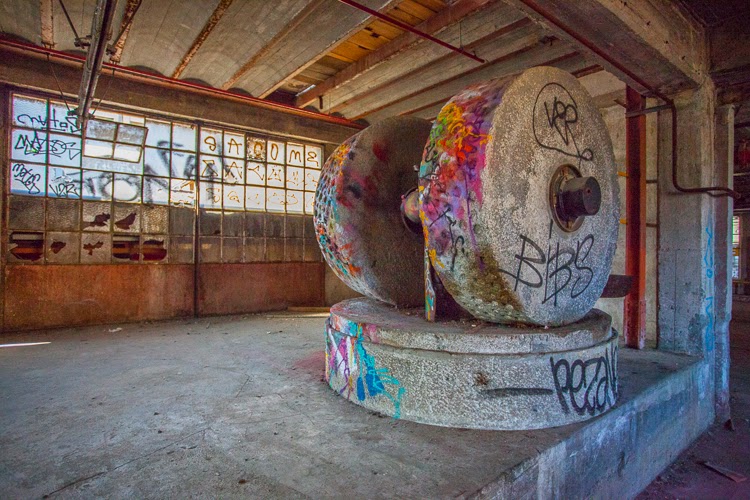 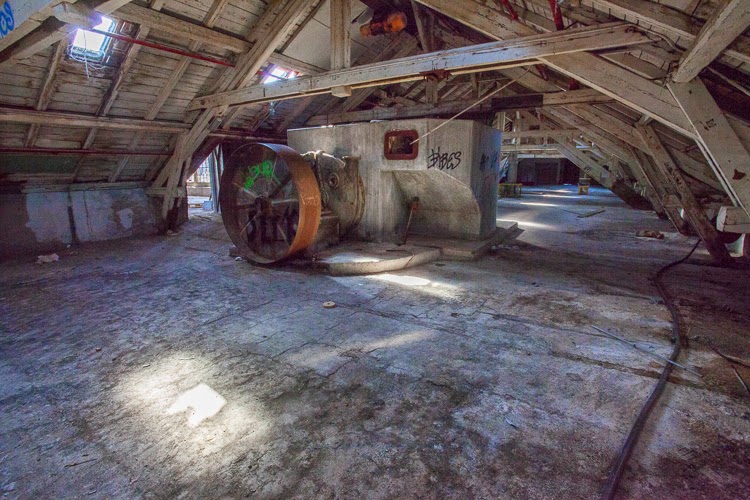 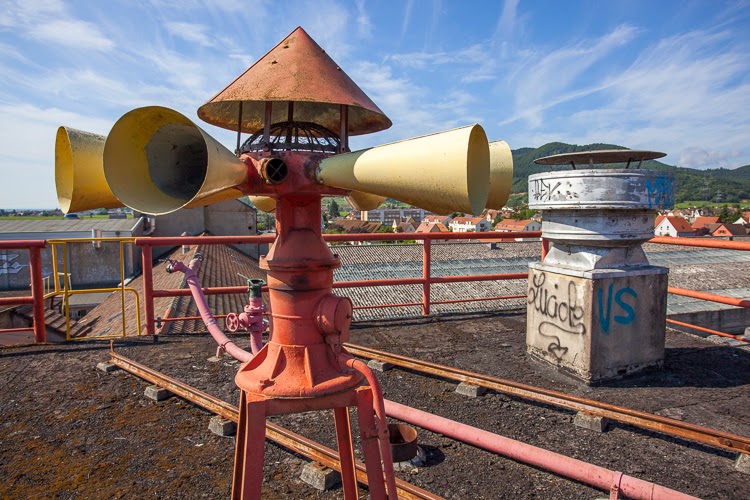 Finishing up, I ended up in the office areas. These rooms were properly trashed as well with most doors removed and furniture smashed up. Graffiti was everywhere. The last photo here is the chair lift used in the original report – the stairwell was blocked with bits of cupboard and other crap thrown down there. It’s a shame what has been done to the place by the local delinquent youth. 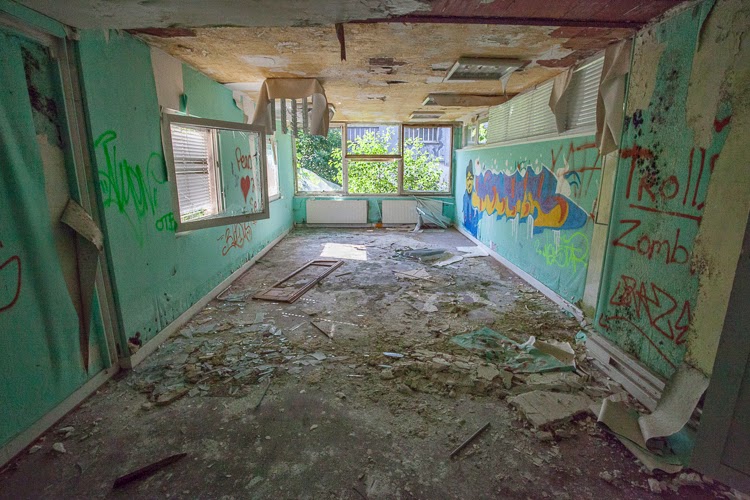 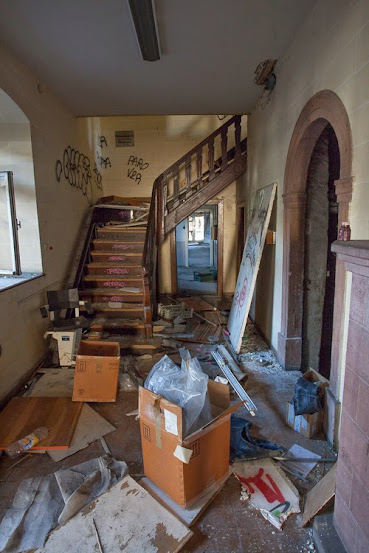 I’m not sure what will happen to the place. The most recent article I found from 2012 states that the local council wants to convert the site into a business/economic area but the cost of clean up will cost more than than earnings from the business zone, so it may be around for a few years yet, until they work out what to do with it.